The Health Benefits of Olive Oil 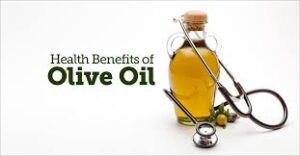 Researchers have found that people who consume a ‘Mediterranean diet’ have a lowered risk of heart attacks and strokes. This is due to the high amount of olive oil used in the meals. One study found that the blood of men who ate olive oil-based food for three weeks was less likely to clot following a fatty meal when compared with the blood of men who consumed mainly sunflower or canola oil based diets.

Olive oil is also beneficial to your mind and skin. Olive oil may prevent dementia. A study found that a diet rich in monounsaturated fatty acids, which was primarily supplied by olive oil, prevented memory loss. The more the olive oil rich foods were consumed the greater was the protection from cognitive decline. It has also been proven to be an effective skin toner. Olive oil is a potent moisturizer. Olive oil is also loaded with antioxidant chemicals, which may also protect the skin from aging.

When choosing olive oil, which is best? The extra-virgin variety is the best to choose. Extra-virgin olive oil is made from the crop’s first pressing and maintains acid levels below 1%. It is much tastier than the other varieties and is the most heart-healthy type. You should also select the ‘cold pressed’ varieties. Oils that are manufactured without heat retain more nutrients than those exposed to heat. Finally be sure to look for oils made from organically grown olives. Pesticides used in many of the olive crops may be carcinogenic.

It is wise to store olive oil in colored-glass containers and in a dark cabinet. Storing olive oil in open or warm areas, like above the stove, will trigger a chemical reaction that can spoil the oil and produce disease-causing free radicals. If you do not plan to use olive oil often it is best to purchase small bottles to prevent spoiling.

To maximize the benefits of olive oil in your diet it is best to use it in place of butter or lard. Use one-third less olive oil than the amount of hard lipids or fats called for by the recipes. Watch your health improve along with your mind and skin.