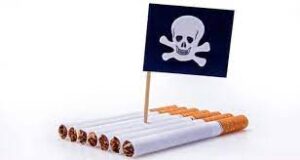 Secondhand smoking, breathing in of environmental tobacco smoke (ETS), is also called passive smoking. It is when an individual breathes in smoke given off into the environment by other people.

Secondhand smoke or ETS is a combination of side stream smoke coming straight from the burning tobacco and the mainstream smoke that is exhaled by the smoker. It comprises of over 4000 chemical constituents, a large proportion of which are the inducers of respiratory illnesses and around 40 are known or suspected carcinogens.

The US Environmental Protection Agency (EPA) has classified ETS as a class a (known human) carcinogen along with other known carcinogens such as arsenic, asbestos and benzene etc.

ETS is unfiltered, thus the levels of carcinogens in it are much more than in smoke inhaled directly by an active smoker. Smoking of a cigarette produces smoke from two major places, mainly from the tip of cigarette and from the rest of the cigarette as the hot vapors liberated through the cigarette and its filter.

About 70% to 80 % of ETS is from the burning tip of cigarette and comprises of the highest levels of nicotine, carbon monoxide, tar and various other carcinogens. Therefore, a constant exposure to an ETS is apparently even more injurious than directly smoking a cigarette for an equivalent period.

Effects of Exposure to Secondhand Smoke

Cardiovascular problems: ETS can induce short-term and long-term harm to the heart by decreasing its functional capacity and lowering the capacity of blood to carry oxygen. Some of the chemicals in secondhand smoke can block or harden the arteries, causing problems like atherosclerosis, hypertension and later heart attack. In one of the studies, it was found that secondhand smoking enhances the risk of a heart attack by at least two times.

Stroke: Non-smokers exposed to secondhand smoke run at least 80% more risk of stroke than do the non-exposed people.

Asthma: One of the studies revealed that the non-smokers exposed to ETS at work showed at least twice the risk of asthma than the non-exposed people did. Those who were exposed to ETS at home as well, showed as much as five times greater risk for asthma than the non-exposed people did. In individuals who already suffer from asthma, exposure to ETS can significantly decline their lung function.

Breast Cancer: Some of the recent studies have revealed ETS to increase the risk of breast cancer among women.

Effects on the fetus:

Smoking by a pregnant woman can have various serious consequences on the developing fetus.

The list of damages created by second hand smoke goes on. For the sake of your own health and for the health of your loved ones, make an attempt to quit smoking.