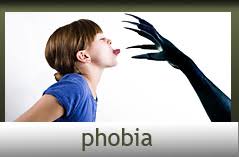 Of the various methods available to cure a phobia there are three which seem to have become very popular. Each is quite different from the others and which to use is often more to do with what feels right to the individual. Let’s go through the 3 commonest ways to cure a phobia.

Each of the three methods aims to change the way you think about your phobia and in this way change how you react towards the cause of your fear.

Immersion therapy works on the basis that exposing a phobia sufferer to the source of their fear will change how they perceive and react to the causes of the phobia. Usually, the phobia sufferer is gradually exposed to various stimuli which are connected to the phobia. The exposure starts off at a level that the person perceives as non-threatening and which causes no phobic reaction. The stimulus is increased step by step to acclimatise the sufferer to the causes of the fear or phobia. Eventually, the person is exposed to the strongest cause, i.e. a live spider placed on the hand, in a bid to show them that there really is nothing to fear. Some immersion therapy practitioners believe that it is better to expose the person directly to their fear in one big ‘fear rush’ rather than use the step by step approach.

Cognitive behavioral therapy, or CBT as it is usually known, works on the principal that our behavior is triggered by how we think about something. In CBT the emphasis is on how a person thinks and behaves at the present moment rather than looking for and focusing on past events as the cause of the phobia. The goal in CBT is to change how you think about a particular event or issue right at the present time in order to radically alter how you react and behave physically whilst experiencing the event or issue. By simply changing how a person perceives something it is possible to encourage them to react in a different and more positive way. In this way, the unpleasant physical reactions associated with fear and phobias can be reprogrammed into more normal behaviors to eliminate the phobia.

A great deal of serious work and research has been done in the field of mind-body connection resulting in various therapies based upon the premise that we all have a natural energy healing system. All of these energy therapies have their roots in Chinese medicine especially acupuncture. The most potent therapy and the one with the most impressive results appears to be EFT (Emotional Freedom Techniques) founded by Gary Craig. EFT works by tuning into an emotional issue whilst at the same time stimulating various energy points (acupoints) on the head and body. It has been shown by research and experience that our emotional thoughts are linked to our physical reactions, which is certainly true of fears and phobias, and that by removing this association the emotional issue can be resolved. In other words, you reach a state where you can think about the original issue but without suffering the physical symptoms previously experienced and so have no adverse reaction. When the link between the emotion and the physical reaction is broken the problem is resolved. EFT and other energy practices have made significant inroads for emotional therapy.

Which of these three methods produces the desired result for you is likely to depend on which of them you are most attracted to and have access to. Certainly, the traditional medical profession seems to prefer CBT or immersion therapy because they are somewhat easier to accept using existing ‘standards’ of what constitutes medical treatment. However, more and more medical professionals, from nurses to doctors to psychiatrists, are seeing the amazing results possible with EFT and are adopting it as a significant alternative when the other methods fail (as they so often do). The major difference between the energy therapies compared to CBT is that many of them, especially EFT, can be self-administered easily.